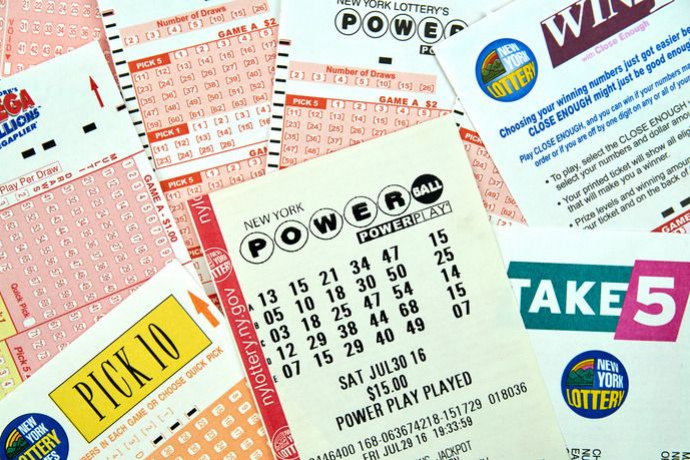 Lotteries are always associated with numbers. It would be foolish not to use numerical analysis to win a large cash prize. Many mathematicians and statisticians tried to create their own winning strategies to help lottery players from around the world succeed. Now these strategies can be found on the Internet. They are sold for a lot of money. The simplest lottery strategy is the analysis of the most frequently drawn numbers. In this article we’ll tell you which numbers were most often pulled out in some American lotteries. Perhaps this knowledge will bring you luck!

Today we will analyze the most frequently drawn numbers of the five most famous American lotteries: Powerball, MEGA Millions, SuperLotto Plus, New York Lotto and Lotto America. Of course, there are much more lotteries in the United States — national and common only in a certain state, weekly and instant, expensive and cheap — however, the lotteries listed above form the top 5 American games.

Perhaps a person who didn’t hear about the American Powerball lottery doesn’t exist. 7 of the 10 largest Jackpots ever won in the world were drawn by this lottery. Powerball also holds the world record for the size of the prize won. In 2016, the three winners shared a giant Jackpot of $ 1.56 billion! Theoretically, this amount could be won by one person, which would automatically make him one of the richest people in the world, along with Warren Buffett and Jeff Bezos, who are also dollar billionaires.

Want to know more about the Powerball lottery? Click here!

MEGA Millions is a Powerball competitor that is only slightly inferior to its “big brother”. 3 of the 10 largest Jackpots ever scooped worldwide were raffled by this lottery. The smallest ultimate prize of MEGA Millions is $ 40 million. To win this prize, you need to match 5 main numbers out of 70 and one special “MEGA” number out of 25 special numbers. MEGA Millions has an amazing option Multiplier, which is able to increase any non-Jackpot prize from 2 to 5 times. By the way, the Multiplier option can only be found in American lotteries.

Here you can learn how to play MEGA Millions from your country.

SuperLotto Plus is a California lottery. Since this state has a lot of restrictions and prohibition laws, this lottery is very easy and straightforward. To win the Jackpot, the minimum amount of which starts at $ 7 million, you need to match 5 regular numbers out of 47 and 1 special number out of 27. SuperLotto Plus doesn’t have the Multiplier option, however this lottery is inexpensive and has 9 prize options.

Want to live like people in California? Read about SuperLotto Plus!

As it’s easy to understand from the the lottery name, the game is held in the beautiful metropolis of New York. The game has no additional numbers: in order to win the Jackpot, you need to match just 6 numbers out of 52. Your personal assistant in this game (Bonus Number) can help win the second largest prize. New York Lotto has five prize tiers and an average Jackpot amount. New Yorkers buy this game’s tickets along with morning coffee and enthusiastically check winning numbers using a special app. Ordinary New York dream-life...

Lotto America is like a superhero of the same name — is loved by many Americans. This is a typical American game with two sets of numbers. To win the Jackpot, you need to match 5 of 52 numbers from the first set and 1 number (Star Ball) of 10 numbers from the second set. Lotto America also has a multiplier option called “All Star Bonus”. The multiplier is designed to increase any prize (except for Jackpot) from 2 to 5 times. Like Powerball and MEGA Millions, Lotto America has 9 prize options.

In this section, we will publish the most frequently drawn numbers in the most popular American lotteries. Who knows, maybe this analysis will help one of the players win a sweet prize.

Surprisingly, some numbers in different lotteries drop out a different number of times. Some numbers from the lottery set drop up to twenty times a year, other numbers don’t drop out at all for several years. Frequently drawn numbers are called hot numbers. It’s impossible to explain why this happens, but this is a fact. Many mathematicians and statisticians have noticed this pattern and created special programs that are aimed at revealing the most lucky numerical combinations and sell them expensive. We are ready to share our knowledge for free.

For the analysis of hot and cold numbers, various time periods are taken. For example, if you want to make several entries in the lottery, you can take hot numbers for several time periods. Partially, the numbers in these combinations will match, but some numbers will be different.

How to buy tickets of American lotteries?

You may ask: why do we need this information? We don’t live in America and don’t have the opportunity to buy tickets of American lotteries. You're wrong! We live in the 21st century, so we’re cosmopolitan people. As like you order clothes or shoes from other countries, you can buy American lotteries tickets using special services. Make a few easy steps for it: 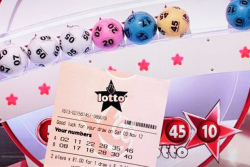