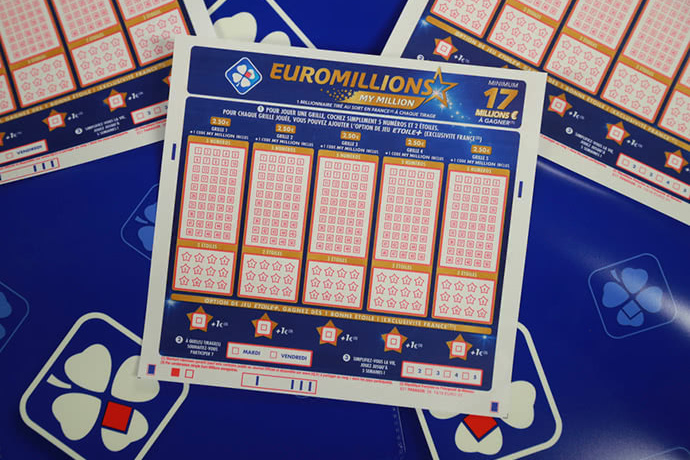 This is a complete guide to the European lottery EuroMillions. Find out detailed information about prizes, Jackpots, ticket price, your chances of winning and schedule of draws. Also, find out who can play EuroMillions, whether you can stay anonymous, how to pay tax and other important information.

EuroMillions is a pan-European lottery which gives a chance to win a 17-190 million Jackpot in each draw to any player from any country in the world. The word "pan-European" means "common to several European governments". Several European states form EuroMillions prize pool, that’s why the game’s prizes are so good.

EuroMillions is a comparatively young game: it first was held in 2004 in Paris. Ever after, EuroMillions draws have been held in this beautiful city. EuroMillions is regulated by three lottery operators: Française des Jeux (France), Loterías y Apuestas del Estado (Spain), and Camelot Group (the United Kingdom).

If you wish to buy a EuroMillions ticket offline, you can do it in the following countries: 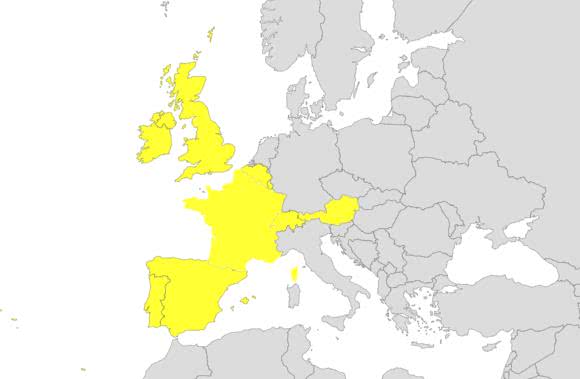 How to play EuroMillions?

If you play the lottery online, you have to fill in a ticket form. Follow the tips when choosing lottery numbers to make it right.

The numbers to choose in EuroMillions

EuroMillions drawings are held weekly: on Tuesdays and Fridays at 20:45 (CET). Please note: you can’t buy EuroMillions lottery tickets right after or before the draw. Ticket sales close at 19:30 (CET) and don’t open until nearly 9:00 (CET) the next day.

The smallest Jackpot you can win in EuroMillions is € 17.000.000. If no player wins a windfall, it rolls bigger until it reaches € 190.000.000. If the prize isn’t scooped five times after it reaches 190 million, the money is shared between winners of the lower level (5+1 winning tier). When choosing numbers to play, check if you have a chance to get a bigger second important prize in the following draw. After that, the Jackpot rolls down to the minimum amount. The Jackpot can’t rise higher 190 million euros.

EuroMillions has 13 prize divisions and this is an all-time record. Just compare: an average lottery has only 5 or 6 prize divisions. What does it mean? You’ll get a minimum prize even if you match just two EuroMillions numbers. The prize amount rolls up with each subsequent prize tier.

EuroMillions prizes are not fixed. Their amount in each draw depend on the number of lottery tickets sold and the total amount of the prize pool. However, we can forecast the approximate prize amount in each winning tier.

Your chance of winning a prize in EuroMillions has been calculated. In the table below the odds of winning prizes in each prize category are disclosed. As you can see, it’s not easy to win the Jackpot, however your odds to win a smaller prize are much more pleasant. Fortunately, non-Jackpot prizes are also impressive.

In general, EuroMillions chances of winning non-Jackpot prizes are rather high in comparison with other games: every 13th ticket is winning.

Several times a year, EuroMillions holds Super Draws with a guaranteed minimum Jackpot of 100 million euros and above. Such draws are incredibly significant. They are devoted to anniversaries, holidays and other great events. Such drawings aren’t tied to specific dates; their schedule vary from year to year. Super Draws are announced in advance.

Who can take part in EuroMillions?

There are no restriction on nationality or citizenship to EuroMillions players. It means, you can be a resident of any country in the world to buy lottery tickets of the transnational game. However, you need to be 18+ years old to join the draw (16+ years or over if you play under the British jurisdiction).

One of the best things about EuroMillions is as follows: if you win, you can stay anonymous. In the UK, France, Spain or Portugal, the locality name (the town/city/village name) is normally disclosed, but the detailed information isn’t given. In other regions, you can claim total anonymity.

One might think that Euro Millions winners prefer to remain in the shadows, because no one likes annoying attention. However, this is a misconception. Of the 12 biggest EuroMillions winners, six have chosen to stay incognito, while other six wished to get their moment of glory. Young winners almost always choose to go public. If you want our advice, we recommend to stay anonymous.

If you win a major EuroMillions prize, you need to take care to claim it within a certain period of time. If you don’t meet the deadlines, the prize will be transferred to the Euro Millions Fund. In the table below you can see how long your prize is ready to wait for you in different countries — from the shortest term to the longest one.

As far as you can see, the best option to buy EuroMillions lottery tickets is to do it in Austria if you aren’t sure that you can fly back quickly to claim the prize.

How to claim EuroMillions Jackpot?

Claim the Euro Millions Jackpot in the country where you bought your winning ticket. For example, if you bought the ticket in Spain, you can’t claim the Jackpot in Austria. You should claim your lotto prize in person. It means, you can’t delegate it to your wife, friend or neighbor. You should do it yourself. You’ll be asked to verify your identity and fill in a claim form. Later on, the security service will check if you are a real ticket owner.

In case of big win, you should contact the Lottery Organizer to discuss the further actions. Here are the phone numbers of lottery organizers in different countries:

Smaller and average winnings can be claimed in a lottery center or directly to your bank account. If you find yourself a winner, please check the information how to claim the prize with the lottery organizer.

Today, all EuroMillions prizes are tax-free in all countries except in Switzerland, Spain and Portugal. They are paid as a lump sum.

Here is the price of a EuroMillions ticket consisting of one line in different countries. Please note, if you purchase EuroMillions lottery tickets online, you should add some extra money to the ticket cost. Lottery agents charge fees for their services and impose service charges on the maintenance of offices and employees.

The most drawn EuroMillions numbers

There are some strategies and tips which are able to increase your winning odds and chances of winning the Jackpot. Before buying the ticket, we recommend you to create your own lotto winning strategy or use one of the well-known proven strategies below.

Strategy 2. Even and odd numbers

When choosing lottery numbers, make complex combinations, picking both even and odd numbers, plus cold and hot numbers.

One of the best ways to pick lottery numbers in EuroMillions is to use a well-known winning strategy “System”. It allows to pick not just five, but six and more common numbers from the first set of numbers (“the set of common numbers”).

Read more about these and other lottery strategies in the selection of articles:

7 bold tips that will increase your winning odds 100%!

The most effective lottery strategies FOR BEGINNERS!

There are also a few secrets which are able to help winning the lottery.

Join a syndicate… or create your own. If you are not a complete recluse, you probably have relatives, friends, colleagues, neighbors and others. Why not invite them to your millionaire club? Collect cash from all syndicate participants, buy a bunch of EuroMillions tickets, split the winnings. Easy peasy!

Secret 2. Play in the right country.

If you want to try your luck in winning EuroMillions, the best way to do that is to buy the ticket in the right country. The best country for playing EuroMillions is Austria. There are three reasons for that: 1) tax free, 2) three years to collect your prize, 3) the cheapest price of € 2.20 (f.c., € 2.50 in other countries).

The best way to benefit from EuroMillions non-Jackpot prizes is playing the right draw. Watch when the Jackpot is capped and is ready to roll down. If the Jackpot isn’t won, winners of lower levels have a chance to share it.

How to check EuroMillions lotto results?

You can check EuroMillions results in the results section. Moreover, you have a chance to watch records of each EuroMillions drawing thanks to the British National Lottery organization on YouTube.

Also, read our article “What to do if you won EuroMillions Jackpot”

Some EuroMillions wins are scandalous. The youngest lottery winner in the world, Jane Park, bought the first lottery ticket at 16 and won a large amount of money. The winnings had a bad effect on the girl: she had psychological problems, suffered from the pressure, wasted money on clothes and was alcohol addicted. Today, Jane doesn’t work and spends time in nightclubs. In one of the interviews, Jane gave an advice to the youth: “Think twice before buying a ticket”.

Read about the appearance transformation of the youngest EuroMillions winner Jane Park in our article (many photos!): 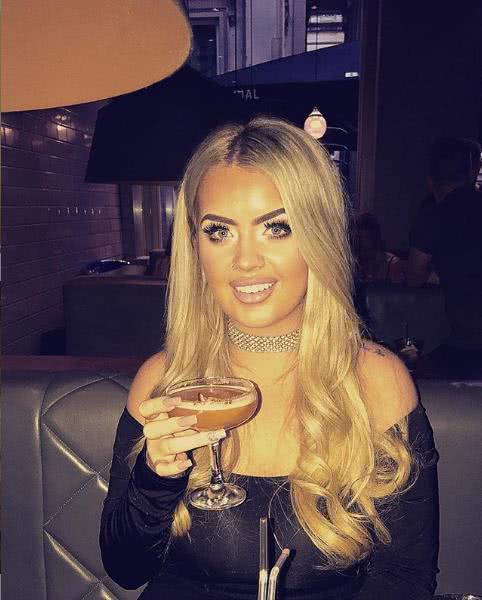 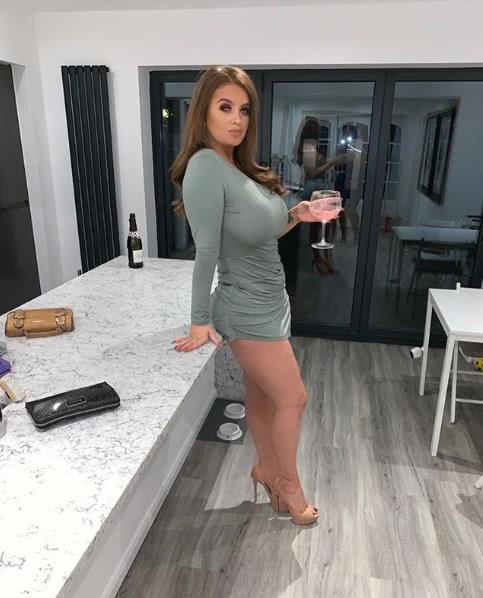 Jane Park is demonstrating new breast after the surgery.

On the contrary, adult lottery winners were able to benefit from their luck. Gillian and Adrian Bayford are the biggest EuroMillions winners who went public. They were able to scoop € 190.000.000. 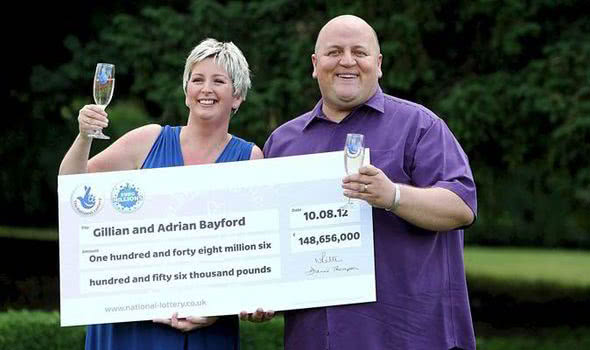 € 185.000.000 is one of the largest EuroMillions Jackpot the winners of which decided to go public. It was scooped by Colin and Chris Weir from the UK. The couple was included in the list of the richest people of the United Kingdom. They still keep the record of the biggest win claimed in Britain. The Bayfords won the bigger amount in euros than the Weirs did, however, due to the exchange rate, they got only 148.656.000 pounds, while the Weirs got 161.653.000 pounds. 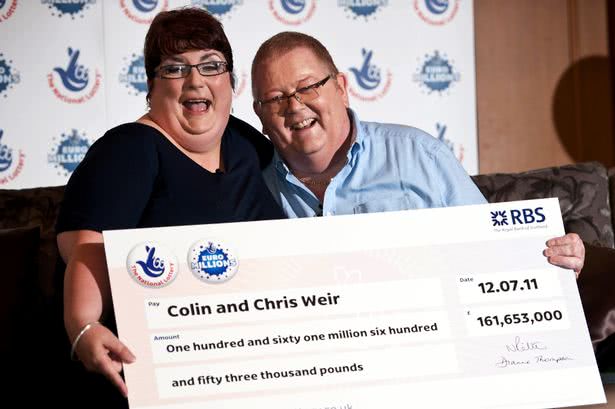 Two more winners (06.10.2017 in Spain and 24.10.2014 in Portugal) were able to hit the maximum EuroMillions Jackpots, but we know nothing about them as they decided to stay anonymous.

We have an advice for those who want to play EuroMillions: the best way to get a ticket is to purchase it online with the help of a lottery agent. It will save you from many problems:

You can purchase a ticket right now in a few minutes. Good luck! 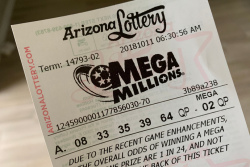