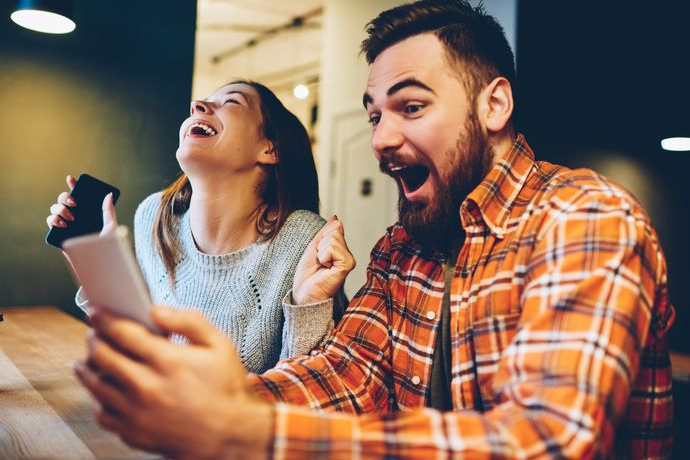 Each state of the United States is famous for some remarkable lottery. California gave us SuperLotto Plus. In Georgia, the draws of the world-famous game MEGA Millions are held. Powerball takes place in Florida. Texas is famous for Lotto Texas, the game with an easy game matrix and untypical multiplier rules.

Lotto Texas as a brand

Lotto Texas is at the same time a lottery brand that controls about a dozen different lotteries throughout Texas and the name of one of the best and recognizable public lotteries that is held in the Southern American state.

Why Lotto Texas games are so popular?

Lotto Texas games are extremely popular. They say, it’s boring in Texas and folks have fun as the can. But we believe that the truth lies in another reason.

First, a few bare facts. The first lottery under the brand “Lotto Texas” appeared on May 29, 1992. On the first day of the lottery sales almost thirty years ago, tens of thousands of people visited hundreds of official sales points throughout Texas. That day, 23 million tickets were sold, thereby setting a world record for the first day of lottery ticket sales. The start of sales was so successful that a few hours after it had begun, Lotto Texas organizers covered all the lottery start up costs.

The state authorities have a fairly competent policy. A good share of all Lotto Texas winnings goes to charity. The brand has a motto: 'When Texans Play, Texas Wins!' This is true, because Lotto Texas has transferred more than 13 billion dollars for the construction and maintenance of schools and other public organizations. The people of Texas always win twice: first, any of them have an opportunity to scoop a life-changing Jackpot. Second, the money they spent on tickets goes to the enhancement of their amazing state.

Which lotteries can you play in Texas?

In general, this article was conceived as a Lotto Texas guide. But we decided that our story would be incomplete without mentioning all lotteries that can be played in Texas. In Texas, you can buy tickets of the following games:

These are the most popular games in America and around the world. They need no introduction. Even the minimum Jackpots of these lotteries can be compared with entire prize pools of other less grandiose games.

Texas Two Step offers small prizes, but it’s easy to win. The minimum Jackpot is just $ 200.000. In order to win the major prize, you need to match 4 ordinary numbers plus the Bonus number.

The Texas Triple Chance game rules are as follows: you have a game set consisting of 55 numbers and three chances of winning the big prize of $ 100.000. Each time, you have an opportunity to pick 10 numbers out of 55. If you match 7 numbers right, the Jackpot is yours.

The top prize of the Pick 3 game is just $ 500, but it’s so easy to win! Play four times a day, six days a week: just pick 3 numbers out of the game set consisting of 9 numbers.

You have five ways to win in the Daily 4 game. For example, you can try the “Pair Play” option, or the “Sum It Up!” option, or whatever. As Pick 3, Daily 4 is held four times a day (from Monday to Saturday), six days a week.

Cash Five is so much fun because it’s really easy to win and the Jackpot is… well, it’s not so big, but quite decent — $ 25.000. To get it, you need to match 5 numbers out of 37. The second important prize is $ 350. Not so much cash, but it’s a nice amount too. You can play Cash Five almost daily except Sundays.

When you buy a scratch ticket, you take part in an instant game: you scratch it and see if you have won right away.

Lotto Texas as a lottery

Popularity of the first local lotteries in Texas was so great that Lotto Texas brand launched its own lottery of the same name in 1992. 21 days after, the first owner of the Jackpot was determined. It was Janie Kallus from Schulenburg. She won the amazing 21.800.000 dollars! Unfortunately, the winner’s authentic photos haven’t survived and we cannot have a look at the very first major national lotto winner.

How to play Lotto Texas

Lotto Texas has an easy game matrix: in order to make a scoop, you just need to match 6 numbers out of 54. The Texas game, unlike MEGA Millions, Powerball or other complex games, doesn’t have any additional or bonus ball. Lotto Texas guarantees 5 prize divisions ranging from the major prize (also known as the Jackpot) down to two dollars.

The minimum Jackpot starts at 5 million dollars and continues to increase with each draw. The rollover amount is 250.000 dollars and even more. Jackpots aren’t that large as of Powerball or MEGA Millions; they can rather be compared with the Jackpots of the South Africa Lotto or the Irish National Lottery. However, they are easy to win. 97 million dollars were once won and that was the largest Lotto Texas Jackpot ever.

Different people play Lotto Texas. You’ll be surprised to find out that celebrities do it too. Here will be the story of an amazing person with an unusual fate Thomas ‘Hollywood' Henderson. He was the unsurpassed champion of the Dallas Cowboys club, having fans and followers across America. Something went wrong in his life and after a resounding success in a sports career, Thomas lost all his money and got problems with alcohol and drugs. Life decided to give a second chance to such an unusual person. In 2000, he found out himself an owner of the amazing 28 million dollars Jackpot. 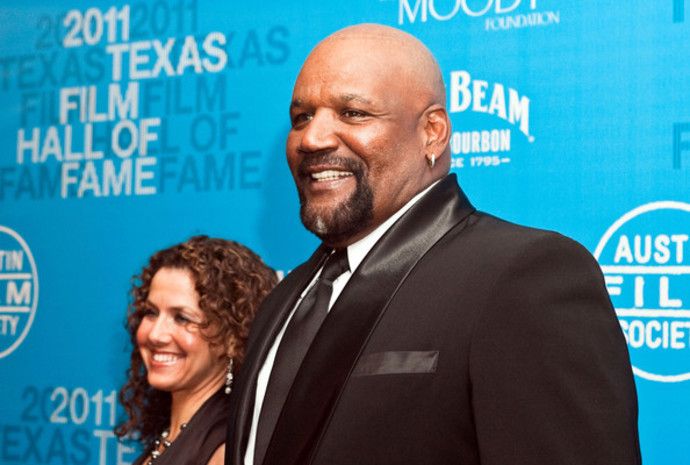 Another amazing Lotto Texas winner is Joan Ginther. She is called one of the most fortunate women in the world! Joan is famous for winning over a million dollars four times in her life. The series of her winnings began in 1993. The cumulative amount of all money prizes reached more than twenty million dollars. 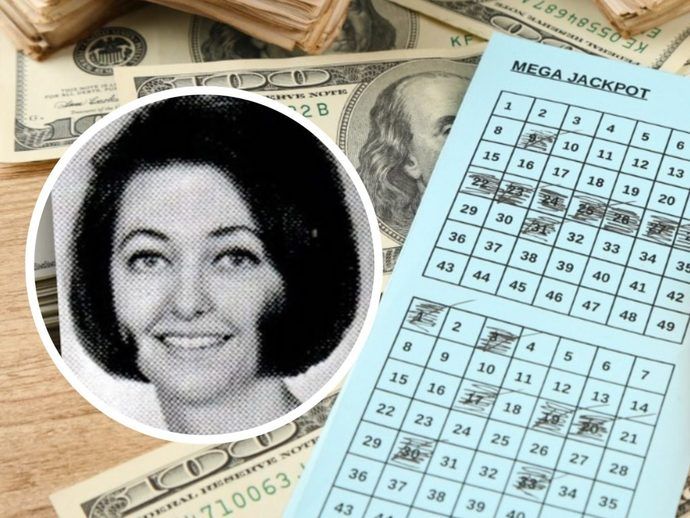 The draws of Lotto Texas take place each Wednesday and Saturday in the city of Austin, the capital of Texas. To play the game from your country, you need to choose 6 numbers from the range of 54 lotto numbers. Prize breakdown Wednesday and Saturday raffles are held at 10:12 pm Central Time. Please keep in mind: Lotto Texas tickets are not available in the time interval between the beginning and the end of the draw: from 10:02 PM to 10:15 PM, Central Time.

Selecting the Lotto Texas “Extra!” option, which costs some extra cash per line, will help you multiply your non-jackpot prize. The Lotto Texas multiplier is an untypical kind of multipliers. It doesn’t multiply your prizes by 2, 4 or 5 times, but adds extra $10, $100 or $10.000 to your prize amount (depending on the prize option). Lottery Texas Extra! also gives you the chance to win $2 for matching 2 of 6 numbers drawn.

If you play Lotto Texas on the Internet — it's a little different than playing Lotto Texas in Texas, — you are probably wondering what a real Lotto Texas ticket looks like. Employees of the Texas Lottery Association created a special infographic for players. 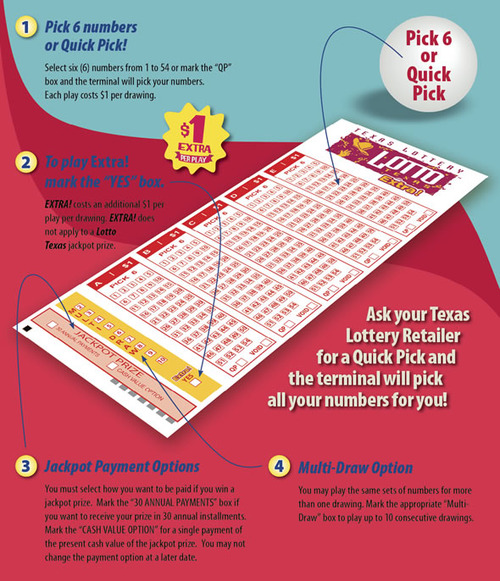 How to win Lotto Texas

Choose 6 numbers from 1 to 54 using the “Easy Pick” option or selecting your own lotto numbers to win the Jackpot or 4 smaller prizes. Tick the “Extra!” option under the ticket form and get a chance to become super-rich even by matching only 5 numbers. Enjoy the opportunity to scoop a life-changing Jackpot with its infinite growth potential.

Anyone who is an adult (that is, who is 18 or older) can take part in Lotto of Texas. Even being from outside of the United States, you have a right to take part in the lottery on a par with the locals and have the same options to win.

If you want to find out the Lotto Texas draw results, you have a few options for that:

The winner of the Jackpot can collect the winnings as a one-time payout of the prize in person if he isn’t an American resident. If he has a US citizenship, he is able to choose the so-called “Annual Payments” option. The winner has 180 days after the draw date to collect his prize. If you won the prize, just call 800-375-6886 and find out the details of how to claim your prize.

If you win more than $ 599.50, you must pay an income federal tax in the amount of 30% (applicable for non-residents). No state taxes are applied! Taxes are collected upon the receipt of the winnings. 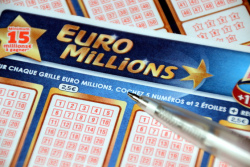 EuroMillions and EuroJackpot: which one is better?