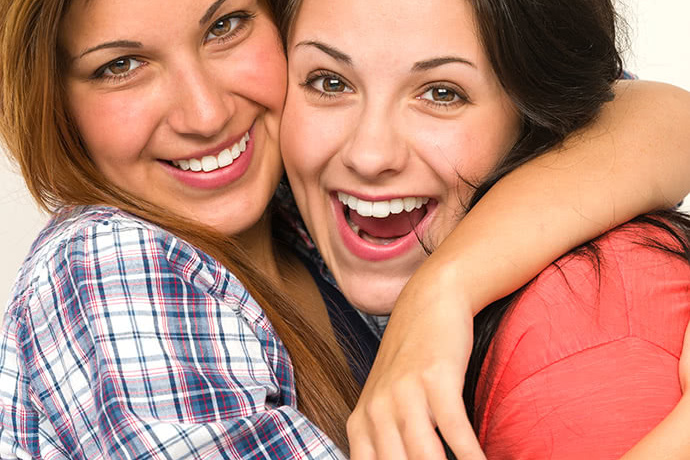 Lottery winnings remind us of Hollywood movies, whereas lottery winners look like characters of our favorite films. Today we’re going to tell you about 8 winners who are exactly like heroes of blockbusters. As a bonus, we’ll answer the questions "What days are Super Lotto draws held?", "How old you should be to play lotteries?" and others.

Denise Rossi scooped $ 1.300.000 of the California Lottery SuperLotto Plus. Right after that, the lucky lady filed for divorce without telling her husband about the win. A few years later, the winner's husband accidentally found out that his wife had deceived him, and filed a lawsuit against a dishonest sweetheart.

Women are very insidious, aren’t they? Denise Rossi reminded us of the heroine of the movie “Gone Girl”, who carried out a clever escape plan to nip her own husband.

What days are Super Lotto draws are played? You can take part in SuperLotto Plus each week on Wednesdays and Saturdays.

David Long and Kathleen Mackenzie from Britain twice won one million pounds in the national lottery UK Lotto: in 2013 and in 2015. If the protagonist of the film "Groundhog Day", played by the unsurpassed Bill Murray, was annoyed by recurring events, whereas David and Katherine were happy to meet such a coincidence.

What other national lotteries can I take part in? Try the National Spanish Lottery. Pay attention to the Christmas draw Loteria Navidad.

3. Lottery winners Martyn Tott and his wife like Seth and Evan of “Superbad”

Martyn and his wife bought a winning lottery ticket, but lost it. Later they managed to convince the organizers of the National British Lottery that they were its sole owners, but more failures were yet to come. The couple had to file for the lost ticket within 30 days after the draw, but they didn’t have time to do it. The Totts lost £ 3.000.000. The couple reminded us of two buddy losers from the movie "Superbad”.

What to do in order not to lose a lottery ticket? Keep your winning lottery ticket in the safe or in the bank cell. Pre-sign the ticket and make a photo so that your signature is visible in it. Store a digital copy of it in the cloud, for example, use Google Drive or just send the copy to your email.

The most adult lottery winner is a 97-year-old Vietnamese named Nguyen Van Het. When the man claimed a £ 235.000 Jackpot, he started to help those who are in need. For example, he bought rice and meat for the poor. Nguyen Van Het, like the hero of the film "Gran Torino", proved that old age isn’t an obstacle for tough guys!

How old you should be to play lotteries? You can play the lottery if you are over 18. There are no other age restrictions.

5. Lottery winners Carly Wiggett and Becky Witt like the girls of “Practical Magic”

Friends Carly Wiggett and Becky Witt bought the first EuroMillions ticket in their lives and won £ 336.000. Carly's mother read in a horoscope that incredible luck and a huge amount of money were waiting for the girls that day. The friends were skeptical about the prediction, but bought a ticket of the popular pan-European lottery just for fun. The prediction was fulfilled!

They say that all women are bewitched. The heroines of the film "Practical Magic" used the spell to attract an ideal man ("he can flip pancakes in the air, he will be marvelously kind, his favorite shape will be a star, and he'll have one green eye, one blue"), whereas Carly and Becky trusted their luck to the stars.

What days are Super EuroMillions Lotto draws are held? You can play EuroMillions twice a week on Tuesdays and Fridays.

The Queen of England herself once took part in the local National Lotto and won 10 pounds. The next morning, headlines of the newspapers were like "Sensation! The Queen won the lotto!" The monarch wasn’t afraid to assume an unusual role, just like the protagonist of the film "King Ralph ", who also got into a new character: although he, on the contrary, tried on the English crown. 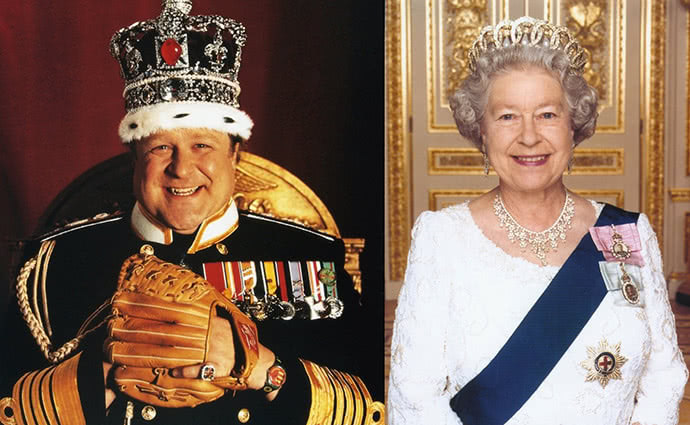 Each year, the national Spanish lottery El Gordo holds a special Christmas draw. In 2015, an unemployed illegal immigrant from Africa named Ngane won £ 296.000. Another 1.599 people claimed the same prize. Ngane heartily thanked the locals for the opportunity to get rich. His story recalls the one of the heroine of the movie "Desert Flower" Waris Dirie: a girl from Somali was able not only to find herself in a big city, but also to become a successful model. The story is based on real events.

Why is the Spanish Christmas draw special? More than 160 Jackpots are drawn at once and many people hit big prizes.

Professor Dom Cobb from the film "Inception" could penetrate into the dreams of his patients, whereas Terry Vigus has a similar skill. In 2014, Terry Vigas won £ 1.170.000. He claims to have seen the winning lottery numbers in a dream: "I saw the balls with numbers on them falling down. When the last sixth ball fell down, I woke up."

Is it possible to see winning numbers in a dream? That could well be the case. However, we recommend using visualization if you want to work with your subconscious to get a prize.

By the way! You know what? You can play SuperLotto Plus, EuroMillions and Loteria Navidad online. Be like a movie star! 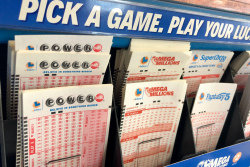 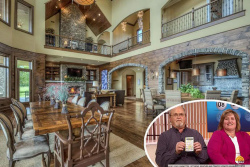 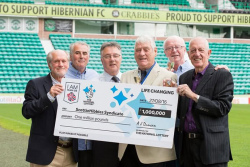